Record Entries for SuperCars at #HellRX 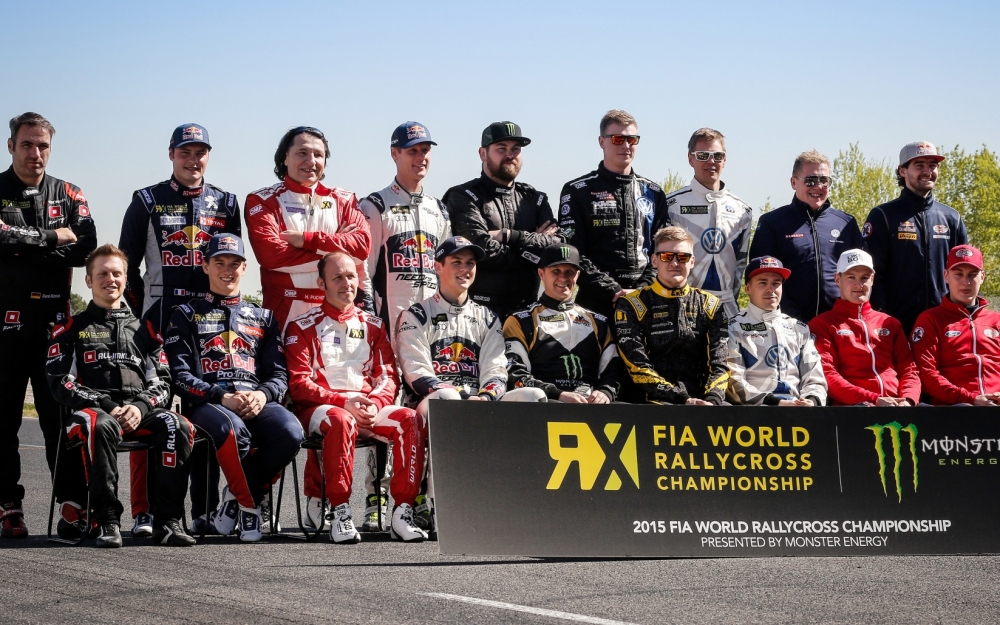 The upcoming NAF World RX of Norway, round eight of the FIA World Rallycross Championship presented by Monster Energy, has attracted a record entry of 47 Supercars – the highest number of Supercar entries since World RX began.

The Norwegian round of World RX takes place at Lankebanan, close to the town of Hell and about 25 miles east of Trondheim â€“ the third largest city in Norway. At 63 degrees north, Hell RX is the most northerly track in the Championship having first staged a round of the FIA Championship in 2011. The most successful home driver is Martin Schanche who won nine times between 1980 and 2000. Last yearâ€™s event was won by Latviaâ€™s Reinis Nitiss who became the youngest ever driver to win a World RX event.

As well as a bumper entry, the Norwegian fans will also have an extra reason to celebrate as two of their countryman â€“ Petter Solberg and Andreas Bakkerud â€“ top the overall Driversâ€™ Championship after seven events. Indeed, Solberg remains the most successful driver of the year so far having won 15 out of 28 races he has started including four semi-finals and two outright victories. Team Peugeot-Hansenâ€™s Timmy Hansen set the benchmark for the fastest lap last year (38.813 seconds) while Solberg set the fastest heat time: 2m43.9s.

Joining Solberg and Bakkerud on home turf will be a further 30 Norwegian drivers including Team Volkswagen Swedenâ€™s Tord Linnerud, as well as Daniel Holten who will make his second outing in an Eklund Motorsport run Volkswagen Beetle. Henning Solberg, older brother of Petter, will also race in front of his home crowd piloting an Olsbergs MSE prepared Ford Fiesta for the first time. Adding to the Solberg family line-up is Henningâ€™s 17-year-old son Oscar who will make his debut in the RX Lites Cup. The Norwegian Hvaal family will also have two members racing this weekend: Alex in a Supercar and younger brother Joachim in a Lites car.

â€œAfter our success at the start of the year, weâ€™ve had a bit of bad luck in the last two races. This time, I want to win,â€ explained points leader Solberg, who finished just one second behind Hell RX winner Nitiss last year. â€œNow I want to concentrate on the Championship and Iâ€™m feeling more confident than ever to get a top result in Hell. Itâ€™s impossible to overstate just how much the fans help me when Iâ€™m competing. Seeing so many Norwegian flags and hearing my name being chanted is incredible for me; it always makes my home race such an emotional one â€“ and I just hope I can deliver this time.

Frenchman Jerome Grosset-Janin leads the Euro RX standings after two events. The Albatec Racing driver, who is partnered by Englishman James Grint in the teamâ€™s second car, spoke of the joy he felt after winning the first European round in Belgium: â€œI know that Albatec believe in what we can all do together, so it was good to do it in the first race,â€ explained Grosset-Janin. â€œEach time I get into the car, I expect to fight for victory. I feel confident with the team, everyone is very professional and there is a really good atmosphere to work peacefully. A rallycross season is long, with lots of surprises, so we have to take race after race.â€

All 47 Supercars competing in Hell will race together through the heat stages but after heat four, two separate Intermediate Classification tables will be issued. European and World Championship competitors will then race in their own separate semi-finals and finals. This new-for-2015 format allows both European and World Championship competitors to race on track for victory in their respective championships.

Since the previous round in Canada, Swedenâ€™s Johan Kristoffersson has continued his domination in the Scandinavian Carrera Cup after winning in Karlskoga last weekend. His victory saw the Team Volkswagen Sweden driver crowned the 2015 Champion with three rounds still remaining. With 76% victories and 89% podium finishes since starting the Carrera Cup, he is one of the most successful drivers in the history of Porsche racing.

Meanwhile, Latviaâ€™s Reinis Nitiss and EKS driver Mattias Ekstrom have both been testing over the past week with Nitiss driving an R2 rally car back in Latvia and Ekstrom gaining extra seat-time in his DTM car. Ekstrom, who made his World RX debut in Norway last year, is fan of the Hell RX circuit: â€œItâ€™s a great track: up and down, a lot of asphalt and high-speed corners,â€ explained the Swede.

World RX Team Austria will field three Ford Fiesta RX Supercars in Norway with Max Pucher, Chris Brugger and Manfred Stohl â€“ who is also competing in this yearâ€™s Chinese Rally Championship â€“ all fighting for World Championship points in Sweden. Mats Ohman, a former European Snocross Champion who is paraplegic following an incident back in 1998, will return to World RX for the first time since Germany last year in his specially adapted Volvo S40.

Martin Anayi, World RX Managing Director for IMG, concluded: â€œWeâ€™re very excited about returning to Hell RX this year â€“ the organisers have been working hard with the region of StjÃ¸rdal and the Mayor of Trondheim in order to improve a number of facilities in the paddock such as better access and an improved road system. Nearly Â£200,000 [two million Norwegian krone] has been spent on introducing new fibre optic internet throughout the venue. These improvements have helped elevate Hell to World Championship level and will benefit not just the drivers but also our fans, commercial partners and our TV product. Last week a chartered plane co-ordinated by our logistics partner GAC arrived in Trondheim to a fantastic reception of local press and VIPs. Petter and Andreas were both in attendance to represent World RX and witness the first air-freight in our Championshipâ€™s continued development. Air-freight is something we didnâ€™t think was feasible in such a short space of time and it was fantastic to see StjÃ¸rdal support this landmark occasion.â€

From a Cooper Tire point of view.

Paul Coates, General Manager â€“ Motorsport, Cooper Tire Europe, explained the nature of the Norwegian rallycross venue: â€œThe circuit is a favourite – not just for fans, but drivers as well. This track is by no means easy and from the start the cars are downhill into the first corner with extreme forces being placed on the tyres throughout the course. The construction and materials used in the tyres help withstand the loads and the inevitable bangs and scrapes they will be subjected to here in Hell.â€

The final round of the 2016 FIA World Rallycross Championship in Rosario, Argentina, is poised to…
END_OF_DOCUMENT_TOKEN_TO_BE_REPLACED
World RX

The Northamptonshire-based team will tackle all 12 rounds of this yearâ€™s World RX series…
END_OF_DOCUMENT_TOKEN_TO_BE_REPLACED
Go to mobile version
%d bloggers like this: