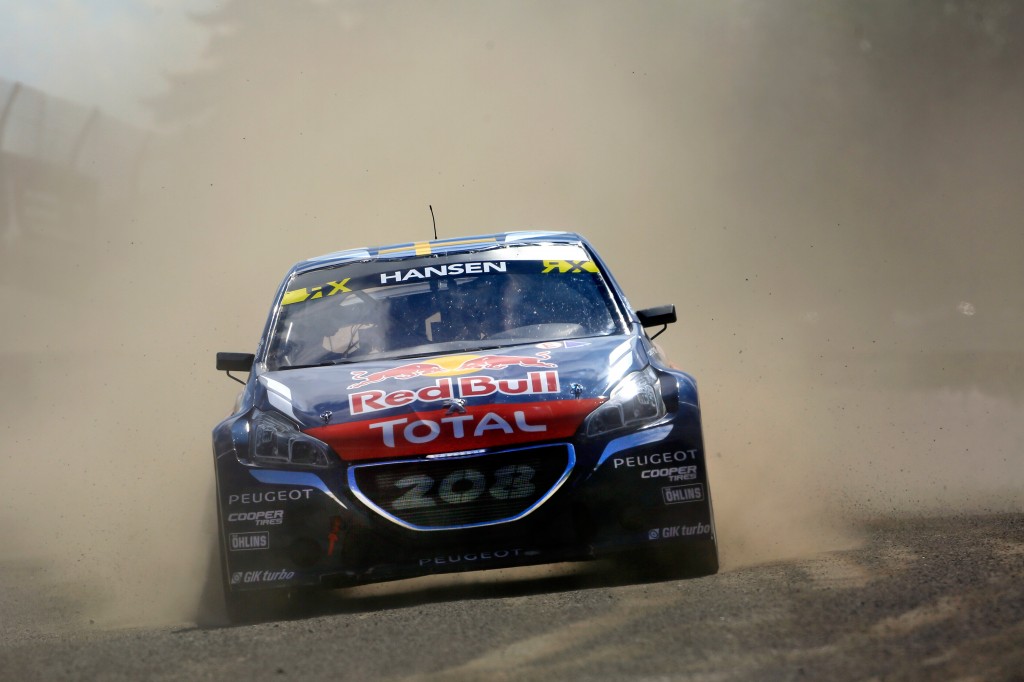 The final round of the 2016 FIA World Rallycross Championship in Rosario, Argentina, is poised to settle the battle for this year’s Teams’ title. Sébastien Loeb and Timmy Hansen, who have clocked up two victories for Team Peugeot Hansen so far, will do everything in their power to conclude the campaign in style and attempt to defend the squad’s 2015 crown.

With a gap of 17 points to bridge, Team Peugeot Hansen has absolutely no intention of giving up its bid to defend its 2015 Teams’ crown, even though the outcome is not entirely in its hands. Its drivers Sébastien Loeb and Timmy Hansen will use their skill and the potential of the powerful PEUGEOT 208 WRX to reverse the positions at the top of the provisional Teams’ points table.

Rosario has already been the scene of success for Peugeot this year since it was at the foot of its National Monument to the Flag landmark that Stéphane Peterhansel celebrated victory at the end of last January’s Dakar in the PEUGEOT 2008 DKR. This time, it is the PEUGEOT 208 WRX that will be looking to make the headlines in Argentina’s third-biggest city!

Kenneth Hansen, Team Principal
“It’s true that we have squandered a certain number of points in the course of the season but we also know that the PEUGEOT 208 WRX has progressed since Barcelona, and anything is possible in rallycross. We have shown that several times in the past and the whole team is focused on achieving the perfect weekend in Rosario. That might not be enough, but that’s what we need to do if we are to successfully defend the Teams’ title we won last year.”

Sébastien Loeb (PEUGEOT 208 WRX #9, Team Peugeot Hansen)
“I know Argentina quite well after competing in the country on numerous previous occasions in the World Rally Championship, as well as on the Dakar for the first time back in January. I love the passion the people here have for motorsport. I hope the spectators will be just as vociferous at the rallycross meeting in Rosario. We still have a chance of winning the Teams’ title. It won’t be easy but I’ve seen for myself several times already that anything can happen in rallycross. We will keep fighting until the very end!”

Timmy Hansen (PEUGEOT 208 WRX #21, Team Peugeot Hansen)
“Competing in Argentina is always very special. Last year’s track was very interesting in spite of the dust which caused several problems. I hope the organisers have taken steps to cure that this time. Apart from this detail, I like the track layout and I think it’s where I was at my fastest last season. The 2016-spec PEUGEOT 208 RX is faster than the 2015 car so I’m hoping for a top result to help the team win the Teams’ title for the second year running.”

Latvian Reinis Nitiss will drive for German squad ALL-INKL.COM Muennich Motorsport in the 2016 FIA…
END_OF_DOCUMENT_TOKEN_TO_BE_REPLACED
Go to mobile version
%d bloggers like this: