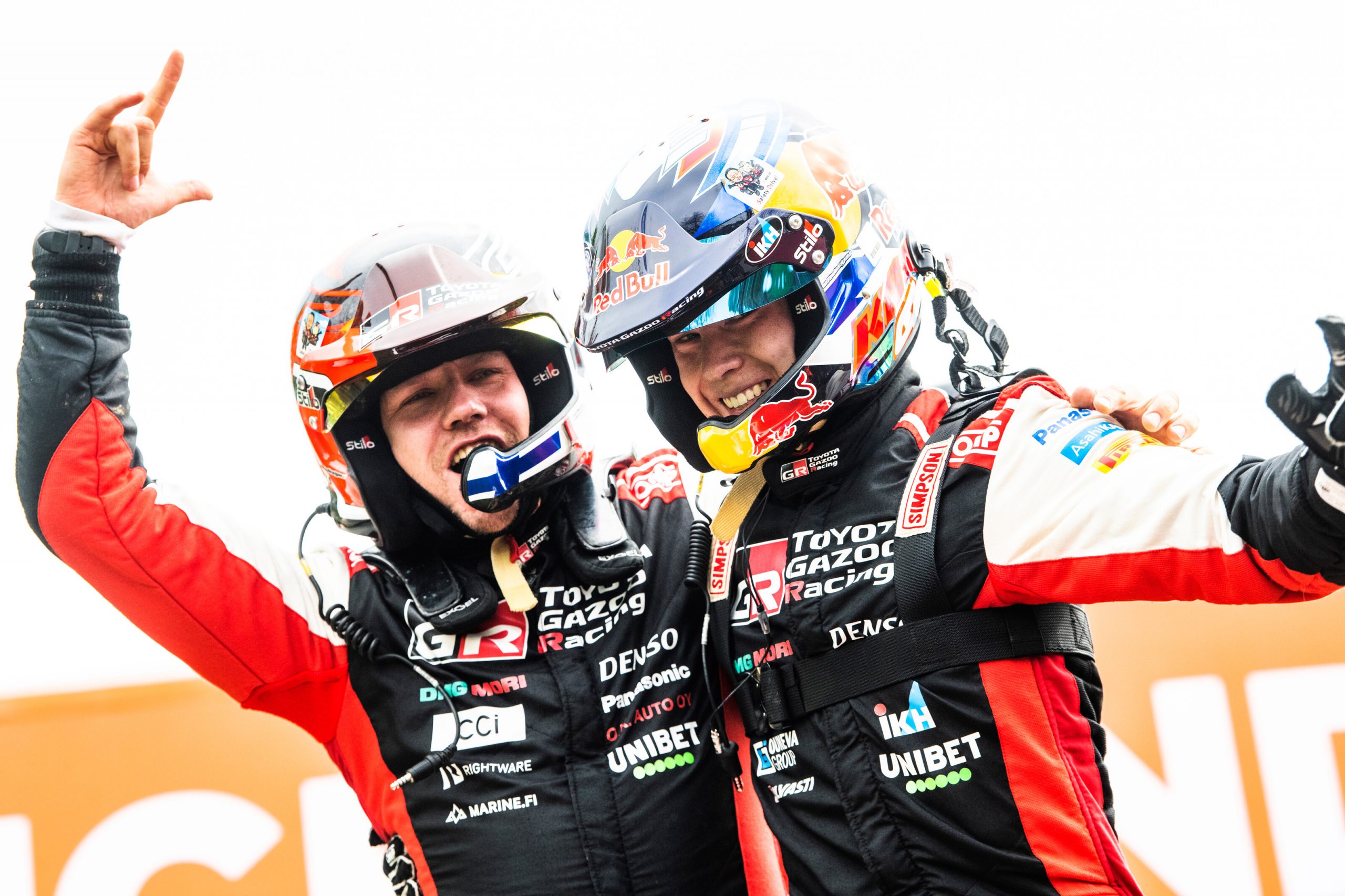 At 22 years and one day old, the Toyota Gazoo Racing driver becomes the youngest driver in the history of the sport to lift the crown – sweeping aside the record previously held by Colin McRae, who won in 1995 aged 27 years and 89 days.

Rovanperä, who is co-driven by Jonne Halttunen, required seven more points than Hyundai i20 N rival Ott Tänak to seal the deal at this Auckland-based 11th round.

With a hefty lead already earned on Saturday, he remained unchallenged over Sunday’s final four gravel tests and emerged from the rally-ending Wolf Power Stage having done more than enough – heading a GR Yaris 1-2 by 34.6sec ahead of eight-time world champion Sébastien Ogier as a frustrated Tänak settled for third almost 50sec behind.

This season – only Rovanperä’s third in the sport’s top-flight – proved to be nothing short of extraordinary. After a shaky start at the season-opening Rallye Monte-Carlo, the Finn romped to a hat-trick of successive wins in Sweden, Croatia and Portugal.

Road-opening duties at Rally Italia Sardegna left Rovanperä down in fifth but he was soon back to winning ways, triumphing in Kenya and Estonia before further extending his advantage with second overall on home soil.

The youngster’s form then took a brief downturn when he spectacularly rolled on the opening day of Ypres Rally Belgium. He also finished a lowly 15th in Greece due to another off-road excursion.

Victory in New Zealand on just his 30th start at the WRC’s elite level leaves Rovanperä with an unassailable 64-point lead over Tänak with two rounds to spare.

“It’s quite a big relief after such a good season and finally we are here,” beamed the newly-crowned champion.

“It was a small wait after a few difficult rallies, but the biggest thanks goes to the team – they made this rocket this year. Even after all the difficult rallies they were believing in us and giving us all the support.”

An emotional Jari-Matti Latvala – team principal of Toyota Gazoo Racing – stressed the importance of having a Finnish champion after a 20-year drought since Marcus Grönholm took the title in 2002.

“In a way I would like to cry, but I can’t cry here,” he said. “It’s really important what Kalle has done. First of all, it’s amazing for a 22-year-old to be breaking all the records and taking the championship title.

“At the same time, it is so important for Finland because it has been 20 years and that’s a very long time. I am so grateful that Kalle did it – he is a superhero.”

Fourth place in the rally went to Hyundai pilot Thierry Neuville, whose issues included a faulty gearbox on Saturday. He trailed Tänak by 1min 10.3sec but led Oliver Solberg, also driving an i20, by a hefty margin after the young Swede dropped time with a Saturday misfire.

The WRC returns to asphalt for the penultimate round at RallyRACC – Rally de España on 20 – 23 October. The fixture is based in Salou.

At the completion of the first day of the Rallye Monte-Carlo, Sébastien Ogier held a commanding…
END_OF_DOCUMENT_TOKEN_TO_BE_REPLACED
World Rally Championship

The main attractions of the 13-round calendar include a brand-new three-country concept and a return…
END_OF_DOCUMENT_TOKEN_TO_BE_REPLACED
Go to mobile version
%d bloggers like this: