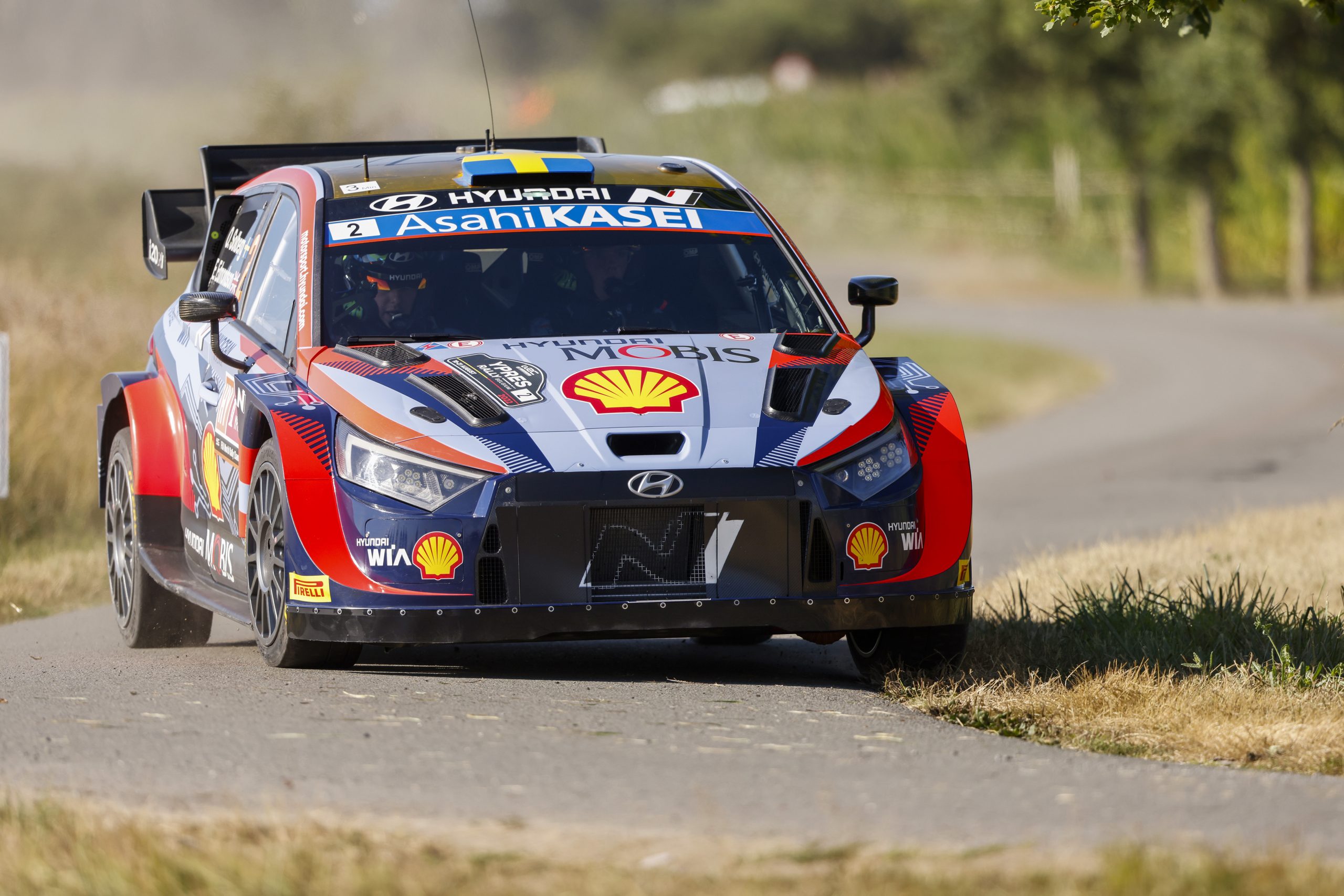 The contract between Hyundai Motorsport and Oliver Solberg will reach its natural conclusion at the end of 2022, and will not be renewed.
Solberg has competed in eight WRC rounds with the team this season, with a best finish of fourth place in Ypres Rally Belgium.
The Swede, alongside co-driver Elliott Edmondson, finished fifth in Rally New Zealand, which marked his final Rally1 event of the season.

The current contract between Hyundai Motorsport and Oliver Solberg will end on December 31, 2022, and neither party intends to pursue an extension.

Following a trying period, the two have decided to part ways. Solberg entered eight WRC Rally1 events in his rookie season, besting his previous best of fourth place at the Ypres Rally Belgium. Just recently, he placed fifth at Rally New Zealand, the final Rally1 competition for the team. The rookie driver has been a great teammate and has produced promising results during his learning season.

Hyundai Motorsport has announced that in 2023, in an effort to produce more consistent results, it will field three veteran crews. The final roster will be announced when the team is ready.

Solberg, meanwhile, will remain with the team through the end of the year, taking part in the rally’s pre-event recce in Japan as well as other optional events. The youthful Swede’s optimistic outlook and team-first mentality have been invaluable this year. He has always given his all in every race he has competed in, working tirelessly to better himself and the car.

Deputy Team Director Julien Moncet said: “Oliver has been a great asset to our team this season, showing himself to be resilient and eager to learn. However, we have seen the benefits of having an experienced and consistent crew at the wheel of our car. This will be our focus for our 2023 line-up. Oliver will remain with us until the end of the year, joining for the pre-event recce in Japan, as well as other activities. We wish him the very best for the future. In the World Rally Championship, you never know when paths may cross again. We end this particular phase of the relationship on good terms and know that Oliver will find the right next step for his career.”

Oliver Solberg said: “Obviously I’m disappointed about the situation, but I have to respect the team’s decision and its new plan to go ahead with three cars and only experienced drivers in its driver line-up. It’s been very nice of them to have been open with me during this process. I know it wasn’t an easy call for them to make since the plan has changed. I remain grateful for this first opportunity that they have offered me in the WRC. We knew that this season would be one of learning, of which we have done a lot, and it will undoubtedly be a valuable experience for me in the next stage of my career. I will remain committed to my duties to the team for the rest of the year and send my thanks to everyone at Alzenau and on the rallies for their support. We will be ending this chapter on good terms, and I’ll always wish them well.”

At the completion of the first day of the Rallye Monte-Carlo, Sébastien Ogier held a commanding…
END_OF_DOCUMENT_TOKEN_TO_BE_REPLACED
World Rally Championship

The main attractions of the 13-round calendar include a brand-new three-country concept and a return…
END_OF_DOCUMENT_TOKEN_TO_BE_REPLACED
Go to mobile version
%d bloggers like this: