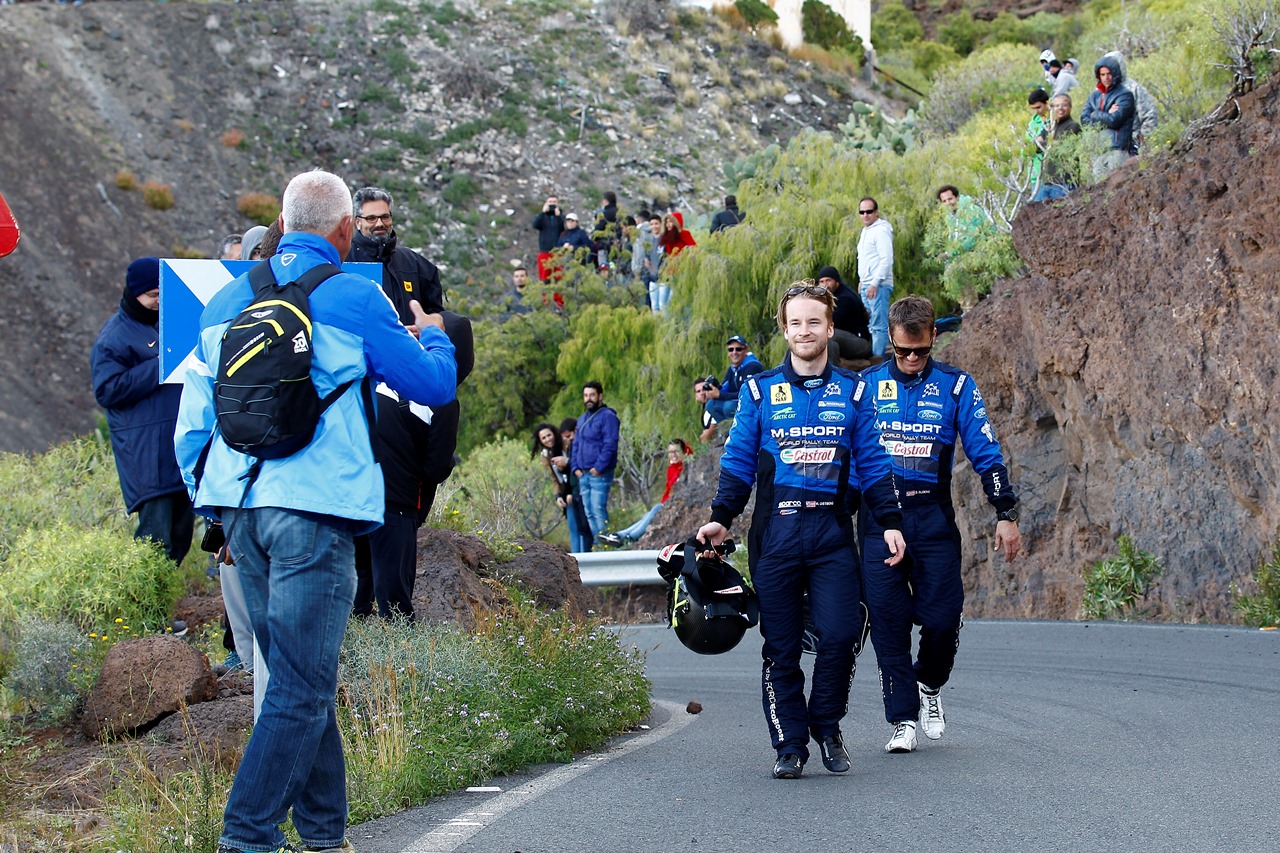 Mads Ostberg has revealed that he was troubled by brake issues shortly before the accident that put him out of the lead of the FIA European Rally Championshipâ€™s Rally Islas Canarias El Corte InglÃ©s.

The Norwegian guest star was pushing hard and was one of many drivers who found themselves with fading brakes on the demanding SS7, Santa Lucia.

â€œI had a bit of a warning before, when the brake didnâ€™t seem to be working very well,â€ said Ostberg. â€œBut then it seemed to be better and I thought maybe it was just some dirt or something. Unfortunately though it happened again and when youâ€™re pushing hard thereâ€™s not much left in reserve, so we crashed. Itâ€™s a real pity as we were enjoying the rally; thereâ€™s a fantastic atmosphere.â€

The impact damaged the side of Ostbergâ€™s Fiesta heavily, which means that he wonâ€™t have the chance to return to competitive action tomorrow.

â€œThe damage is quite big, all the suspension is gone and the side of the car is pushed in: the differential is damaged too,â€ added Ostberg. â€œItâ€™s not going to be possible to continue in the rally, but of course I will be in the service park tomorrow.â€