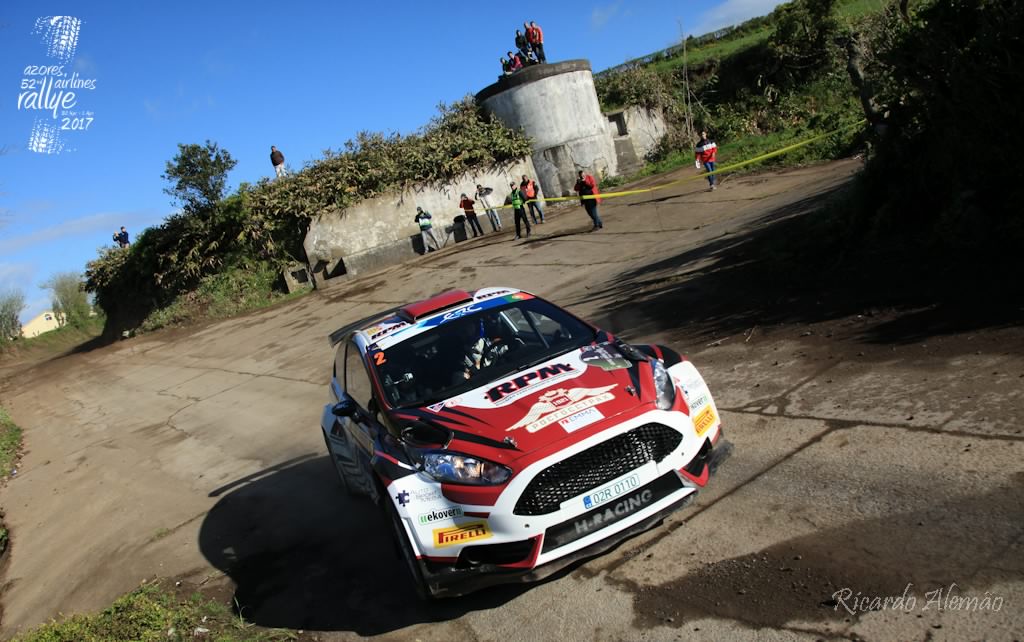 Alexey Lukyanuk leads the Azores Airlines Rallye after Kajetan Kajetanowicz crashed out at the start of a challenging Friday morning loop of stages.

Kajetanowicz, the reigning FIA European Rally champion, had led Lukyanuk by 1.1 seconds after Thursday’s first four stages but the Pole crashed his Ford Fiesta R5 heavily into a wall inside the opening two kilometres of SS5. He and co-driver Jarek Baran are both OK.

After Kajetanowicz’s exit, Lukyanuk won all three stages during the morning in his Fiesta, opening up a 41.3s advantage over second-placed Ricardo Moura. Half of that margin was earned on the final test of the morning, the famous and spectacular Sete Cidades stage along the rim of a volcanic crater lake, where he was 20.7s faster than anybody else.

“It’s an incredible stage,” Lukyanuk said about Sete Cidades. “It’s definitely the most technical and entertaining stage I’ve driven in my career. It was impossible to back off and drive it carefully. The pace notes working quite well. We have had some problems with the pop-off valve but otherwise it’s good.”

Moura has 9.6s in hand over Bruno Magalhães in the battle for second overall and first among the Portuguese championship runners. In the ERC Junior U28 fight, Marijan Griebel moved in front in SS5 but then suffered a puncture on SS6, when Nikolay Gryazin moved back past both the German and Spain’s José Suárez and into fourth overall.

Peugeot driver Suárez is 6.2s behind Gryazin, with Griebel 10.9s further back. Ralfs Sirmacis started the day ahead of Magalhães but was hit by punctures in both of the first two stages and is now seventh. Two more ERC Junior U28 contenders, Josh Moffett and Jan Černý, are next up with Portuguese driver Carlos Vieira up into 10th place. Azorean driver Ruben Rodrigues is only 3.4s outside of the top 10 as he improves his pace in his new Citroen.

The morning’s three stages are repeated again this afternoon, with the second running of Pico da Pedra Golfe scheduled for 14h43 local time.